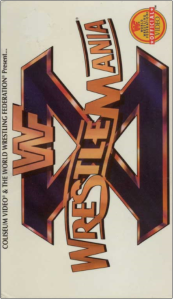 Arnold Furious: During 1993 Vince McMahon had a big decision to make. Hulk Hogan had left the WWF in the middle of the year, and was increasingly irrelevant anyway thanks to a career in Hollywood, orchestrated to prolong his time in the spotlight. That left a big Hogan-sized gap at the top of the card. One that hadn’t existed since 1984. It had been so long since Vince McMahon needed to create a star capable of carrying his business he didn’t know where to start. What he decided to do was select a similar muscle-bound superhero character and push them instead of Hogan. Basically trying to replicate the success of Hogan with a Hogan clone (as he’d done before with the Ultimate Warrior). There were myriad problems ahead for McMahon though. Firstly he needed to find someone with charisma, persona and work ethic on a par with the Hulkster. That was not easy. In fact, there were precisely zero candidates.

While Hogan had been missing in action during 1992, Vince had put the title on workrate babyface Bret Hart. He was a technical marvel, worked his ass off and made everyone who stepped up to the title plate look worthy, even if they were garbage. But Vince was reluctant to have Bret as his main guy, regardless of whether he carried the WWF during Hogan’s absence. Vince wasn’t convinced of Bret’s personality and figured him to be a bit vanilla, practically ignoring the crowd, who loved the Hitman for all his hard work and genuine personality. What Vince wanted was a big muscular guy so he went with Lex Luger but then got nervous about putting the title on Lex in 1993 because Luger was lazy, wasn’t much better on the mic than Hart and hadn’t taken off in the way that Vince had hoped. So instead of Luger storming to the title in summer 1993, he choked and got a reputation as a failure.

During all of this Vince put the title on the one guy he figured was viable due to his size; Yokozuna and while McMahon procrastinated about the future of his promotion his champion was a fat Samoan, pretending to be Japanese, who couldn’t talk. Leading into Wrestlemania X, he found himself needing to switch the title to send the fans home happy and literally couldn’t decide whether to go with the work-horse Bret or the muscle-man Luger. The result was the 1994 Royal Rumble with the screwy finish of both men winning. That leads us right into Wrestlemania X where both Lex and Bret would get title shots in the same night. Which hardly seemed fair to Yokozuna but he’d had his run. Another issue was stuck in McMahon’s head; steroids. In the fallout of the steroid trials, where McMahon was indicted but cleared of steroid distribution, he couldn’t use guys who were juiced. It’d produce an era of massive uncertainty. This is the show where Vince McMahon finally replaces Hulk Hogan. It’s a doozy.

One thought on “WrestleMania X”